Advertising at bus stops can be a great way to reach people. Like most media, the more imaginative efforts tend to stand out. Here are five examples of creative bus advertising done right.

1) Fisch Franke’s Living Poster – This German seafood restaurant wanted to illustrate just how fresh their catch of the day really is. Their ad uses an aquarium display to feature live fish swimming in front of a place setting at a dinner table. The tagline – “Fresh As Can Be.” As you can see in this video, people certainly seemed intrigued.

2) Adobe’s Interactive Photoshop Stop – This effort showcases the work of Erik Johansson, photographer and seasoned Photoshop Pro. He manipulated people waiting at the bus stop into some wonderfully clever scenarios, and the video of it had over 13 million views after just one week. 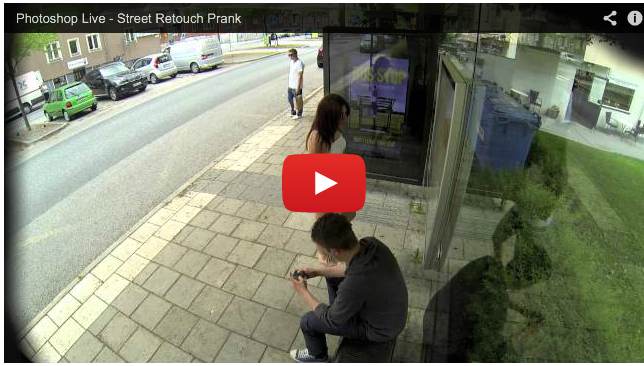 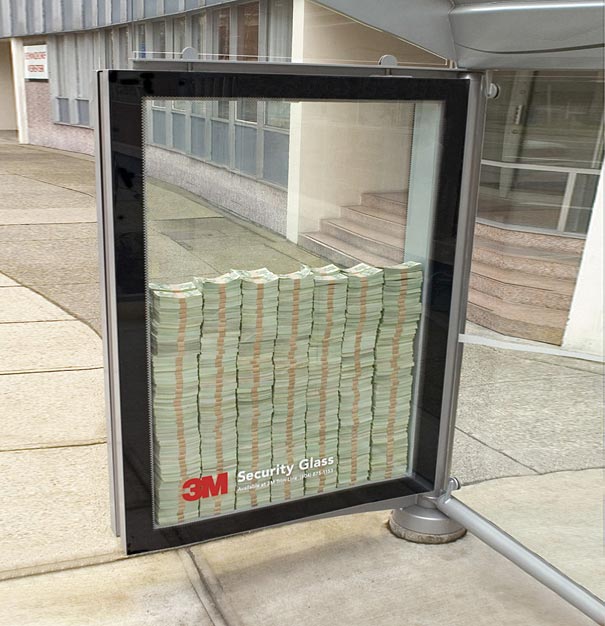 3) 3M’s Security Glass – Most businesses stand behind their products, but 3M was willing to bet “three million dollars” (it was all fake except for the top bills) that their security glass could stand up to anyone’s feet. A security guard was on hand to make sure no tools were used. While many people tried to break the glass with intense kicks, no one was successful.

4) Qualcom’s Best Bus Stop Ever – Qualcom placed a display ad asking people to visit a mobile site that was built for the stop. There was a button on the mobile page that, when pressed, would offer some entertaining scenarios to commuters. Check it out! 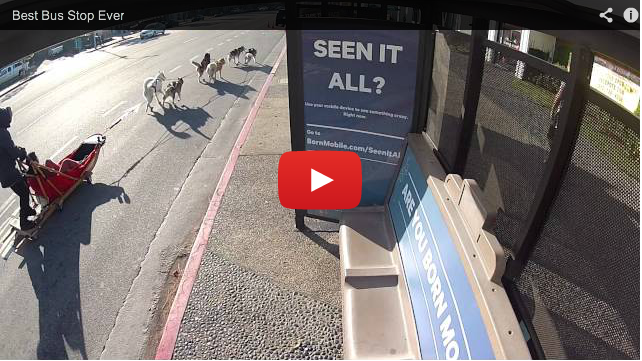 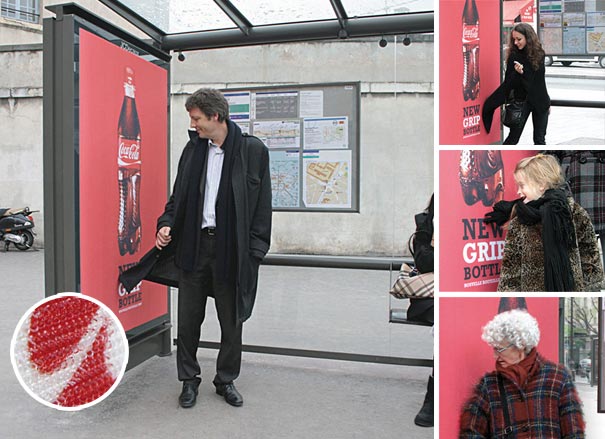 5) Coca-Cola’s Grip Bottle – When Coca-Cola released their extra grip bottle, they wanted to really grab people’s attention with these displays made entirely of Velcro.

Have you seen or heard of an amazing or interactive bus stop advertisement? Hit us up on Facebook or Twitter and let us know about it!