Unfortunately, for many New Englanders, Sunday’s big game really will be all about the ads. And that’s fine. At least there’s still a reason to watch – other than the food, of course. So even if we can’t enjoy the suspense of the game as much as we would if “our” home team were playing – we can look forward to seeing what the advertising pros are dishing up for the biggest audience of a single program. Or we can watch them now. 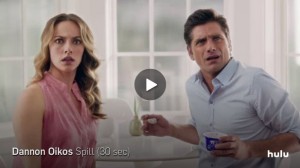 Advertisers know how much time viewers spend on social media and the Internet in general. They know that a large portion of their target demographic is consuming media in different ways and they are taking full advantage of the social sharing frenzy. I think I saw the cute puppy Budweiser commercial pop up in my Facebook feed about 15 times starting earlier this week (probably more).

Releasing the big ads into the vast, new fodder-hungry “interwebs” a few days in advance is a tactic that requires little effort, costs almost nothing and creates a ton of buzz. I’ve been avoiding watching each and every one I catch a glimpse of because I like to save them for the event. But you can bet my curiosity has been peaked. And I have been primed: I will be looking out for those brands before they even have their official (and very pricey) moment. Although the expense of these ads has increased almost 75% over the past decade, it’s worth it. Free publicity and viewer (and non-viewer) attention makes it worth every penny.

For those of you that aren’t quite as nostalgic as I am for the good old days of game day viewing, Forbes will be keeping this list of 2014 Super Bowl ads updated as they become available. Enjoy the game!